Idaho Legislature to Reconvene the 2021 Session on November 15 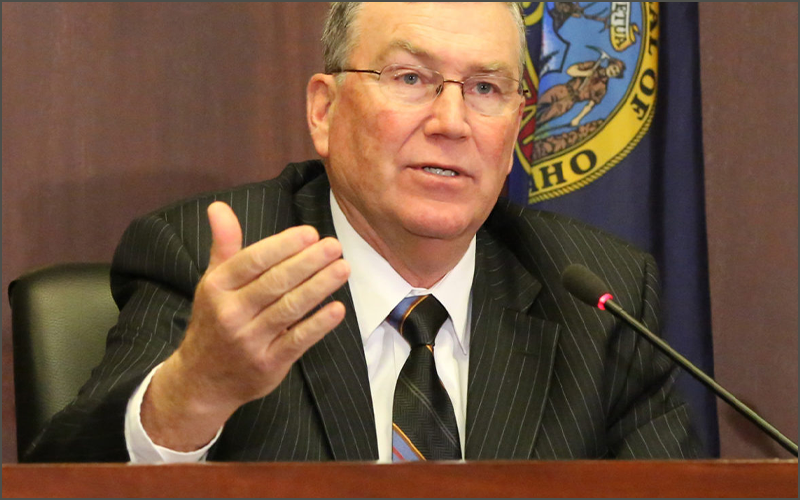 “We’ll take up the Giddings ethics complaint and other matters of pertinent business,” Bedke said.

The Speaker will work diligently to limit the topics that are likely included in the bucket of “pertinent business” to the issue of vaccine mandates and the ethics complaints, but as this is not a topic specific “special session”, which is called by the Governor, the Legislature may find itself “bogged down” in all types of matters. This would not be considered a special session, as the House did not sine’ adjourn when their business was finished back in May. The Idaho Senate adjourned sine’ die, but the House put itself at extended recess subject to the call of the Speaker of the House…it is now calling itself back into session and requesting the Senate follow suit.

In a meeting in October, the Idaho Legislature’s Joint Interim Committee on Federalism voted to recommend that the full Legislature consider a proposal from Sen. Steve Vick (R – Dalton Gardens – 2), “to forbid any Idaho public official, at the state, county or city level, from assisting or providing resources to federal agencies to implement President Joe Biden’s proposed new vaccine rules. ”

Violations would be misdemeanors, punishable by up to six months in jail or a $5,000 fine, which would have to be paid by the individual, not their government agency.

In contrast to the Vick proposal, the Senate leadership appears to favor setting up a new $2 million legal fund to cover potential litigation over federal vaccine mandates on private employers in Idaho; along with another possible law change to state that it’s the “policy of the state that an executive order cannot mandate COVID vaccines for the private sector.”

“There’s a lot of different ideas out there dealing with vaccine mandates,” Bedke said. “The objective is to get all of the various ideas out into the public domain, to start the process. I don’t know how many of them, if any of them, will get critical legislative mass, in our bicameral system, but we’ll see.”

Rep. Priscilla Giddings was the subject of two ethics complaints by a significant group of bi-partisan lawmakers after she shared links to a website that included the name, photo and personal details of a young legislative intern who had reported being sexually assaulted by former Rep. Aaron Von Ehlinger. Giddings shared the article and link on her social media page and a newsletter to her constituents.

The House Ethics Committee held a hearing on the ethics complaints, in September, and found that Giddings engaged in “conduct unbecoming a representative, which is detrimental to the integrity of the House as a legislative body.”

The House Ethics Committee recommended Giddings be censured and that she be removed from the House Commerce and Human Resources Committee. The full House will have to act on the recommendations of the Ethics Committee, prior to the end of the year, in order to put the censure or other disciplinary actions in place.

The NWCUA Advocacy Team will continue to closely monitor the deliberations and discussions of this continuation of the 2021 Idaho Legislative Session.