The Chapter Leaders Workshop will convene Chapter board members from across the GoWest region to network, collaborate, and learn from one another.

MAXX is where credit unions come together to innovate, celebrate, and impact the future of the Credit Union Movement.

The GoWest IRA School is a two-day virtual training where you’ll have the opportunity to learn foundational and advanced IRA knowledge. 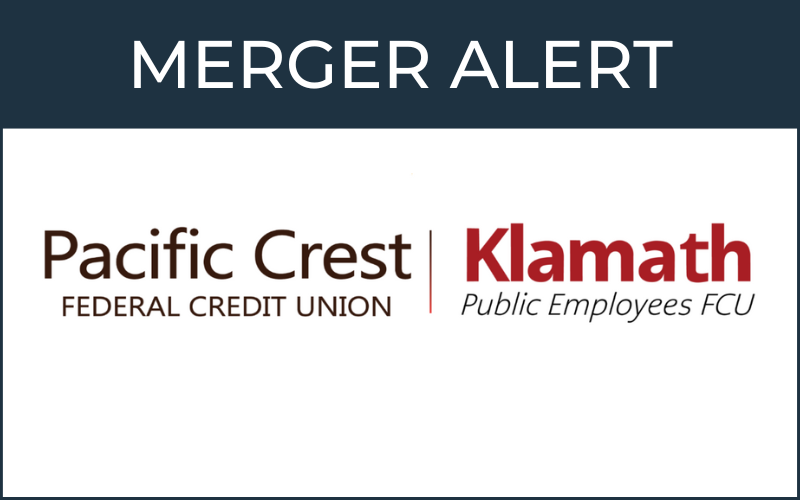 “Credit unions are member-owned cooperatives, and we exist to serve our members.  Joining forces is a step forward for our members and our region,” said Chad Olney, CEO of Pacific Crest FCU. “As the only two financial institutions headquartered in Klamath County, this strategic partnership will allow us to better serve the needs of the Klamath Basin and surrounding area.  Our two credit unions already enjoy a cooperative relationship and a common culture, wholeheartedly embracing the credit union philosophy of ‘People Helping People.’”

Under the planned merger, members of both credit unions will benefit from an anticipated expansion of services and an expanded number of branch locations as all branches of both organizations will remain open after the merger.

“This merger is about doing what is best for our members, and assuring that our region continues to have local decisions made by local people who live and work here,” said Kevin Dearing, Klamath Public Employees CEO. “Our members will continue to be able to walk in and talk with people they know and trust.”

The merger will be subject to an extensive regulatory process that includes a vote by the membership of Klamath Public Employees FCU. Due to this process, it is expected to take several months until the merger is completed.

Pacific Crest FCU has created a FAQ page answering many questions regarding the merger.

Posted in Across the Region, Oregon.